Spring Cleaning and Planting in Asti 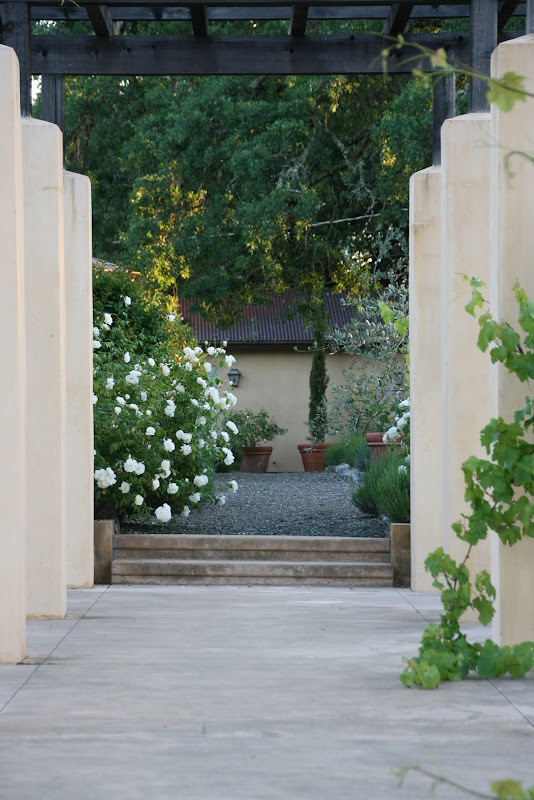 Mother's Day weekend for us was spent de-winterizing Asti and preparing for the summer.
Since we haven't been there in weeks, the spiders, mice, lizards and dust had to go! 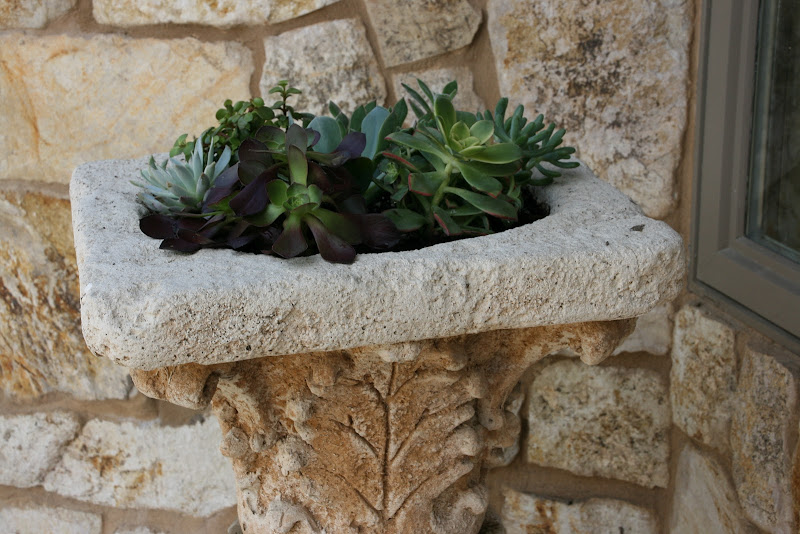 So did the old, ratty succulents, replaced with new ones in the back door urns. 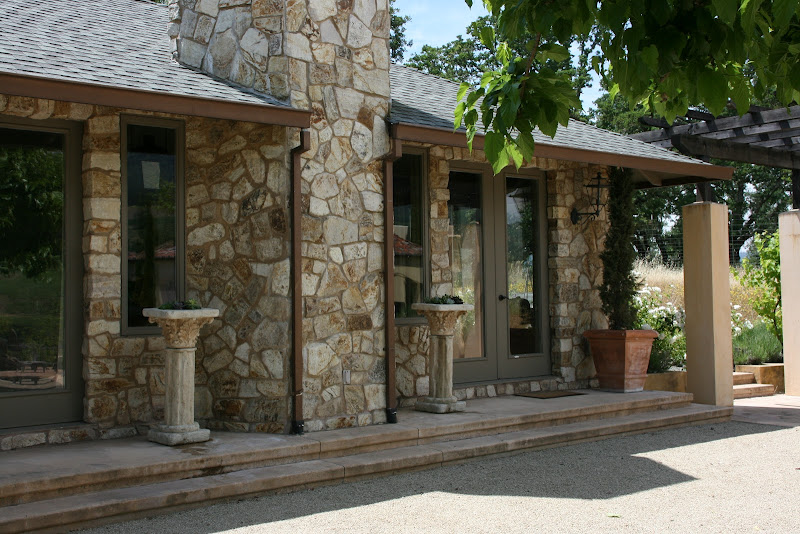 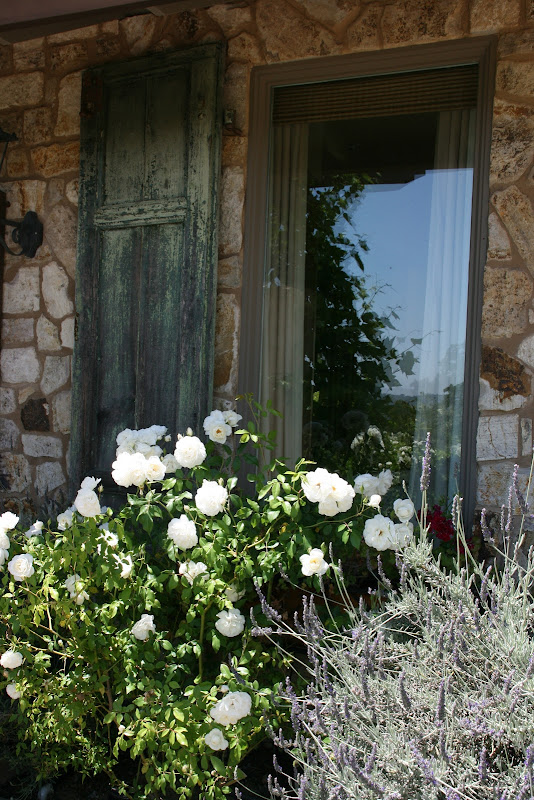 All the window boxes needed to be replaced.  The geraniums are five years old! 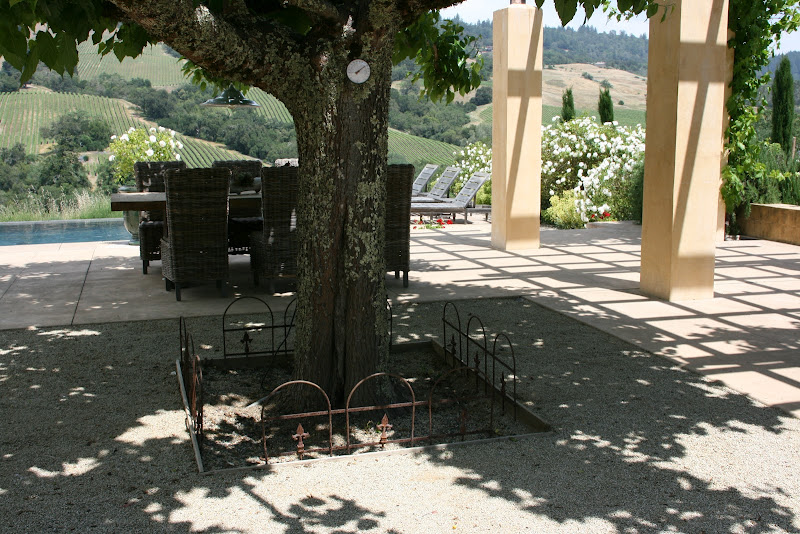 Mr. A found these iron fences when we were in Carmel.  Perfect around the Mulberry Tree! 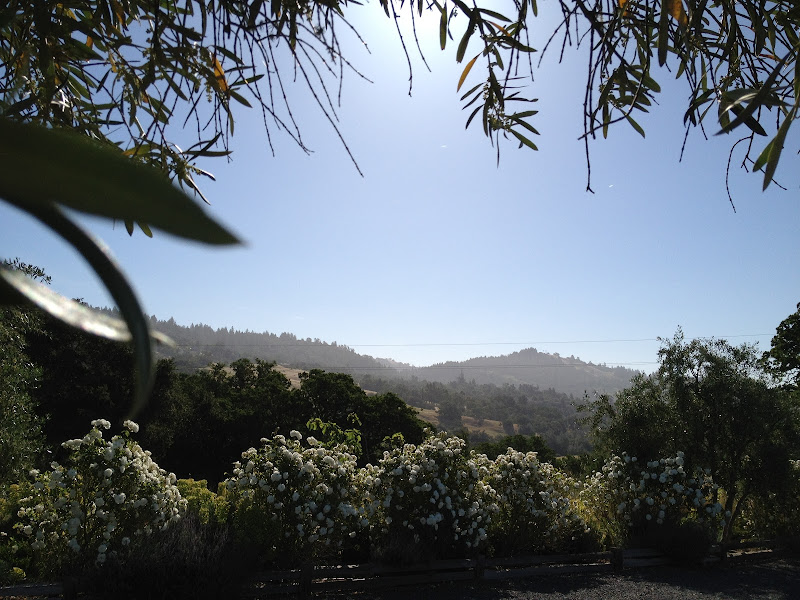 The property looks the best this time of year, especially with all the roses abloom. 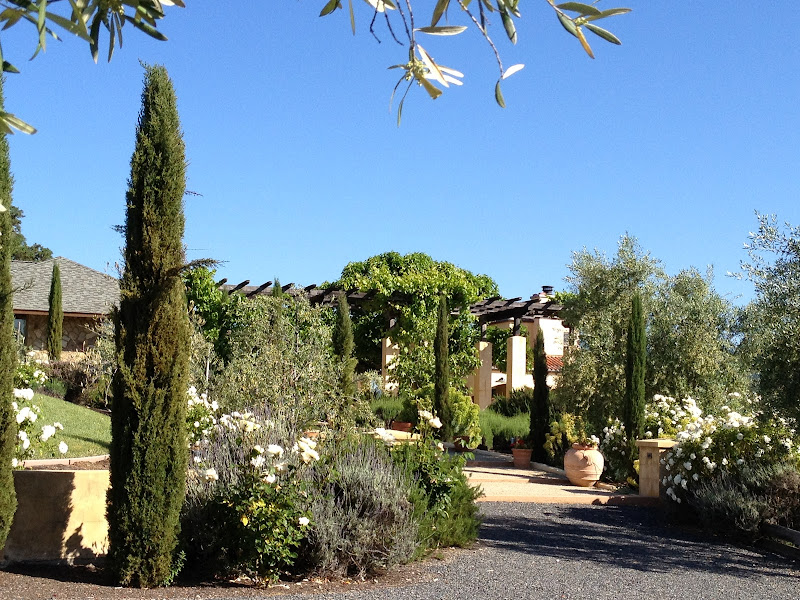 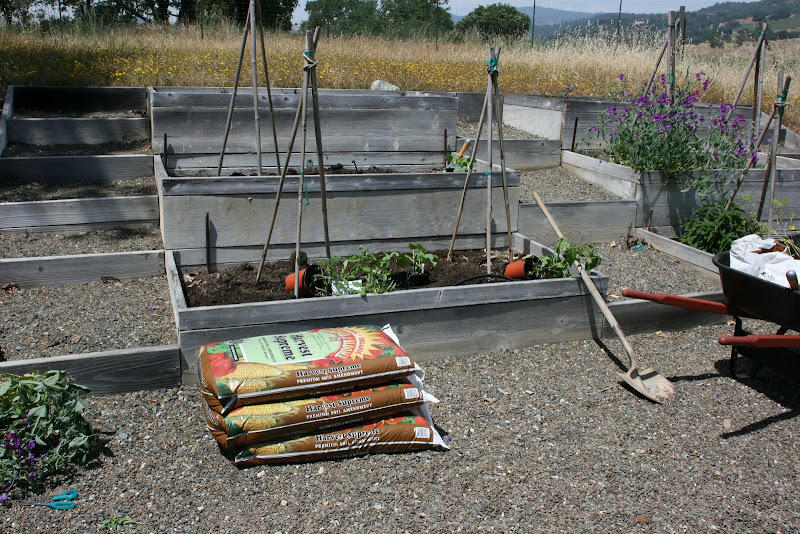 The biggest project was planting the vegetable garden.
Six tomatos, four Armenian cucumbers, four eggplants and miscellaneous herbs.
Nevermind the rattlesnake we discovered only ten feet away, but that's another story... 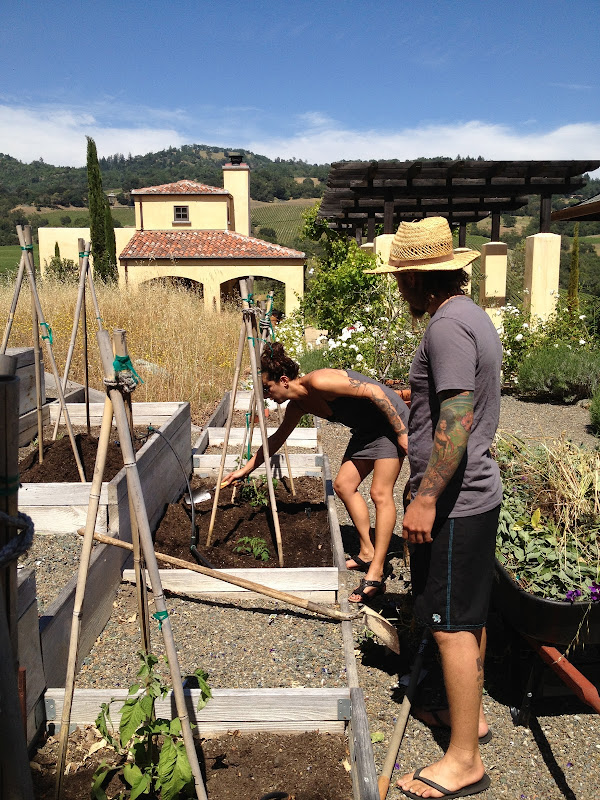 The newlyweds were around to help plant--their forte!
It's a good thing, because Mr. A and I were worn out! 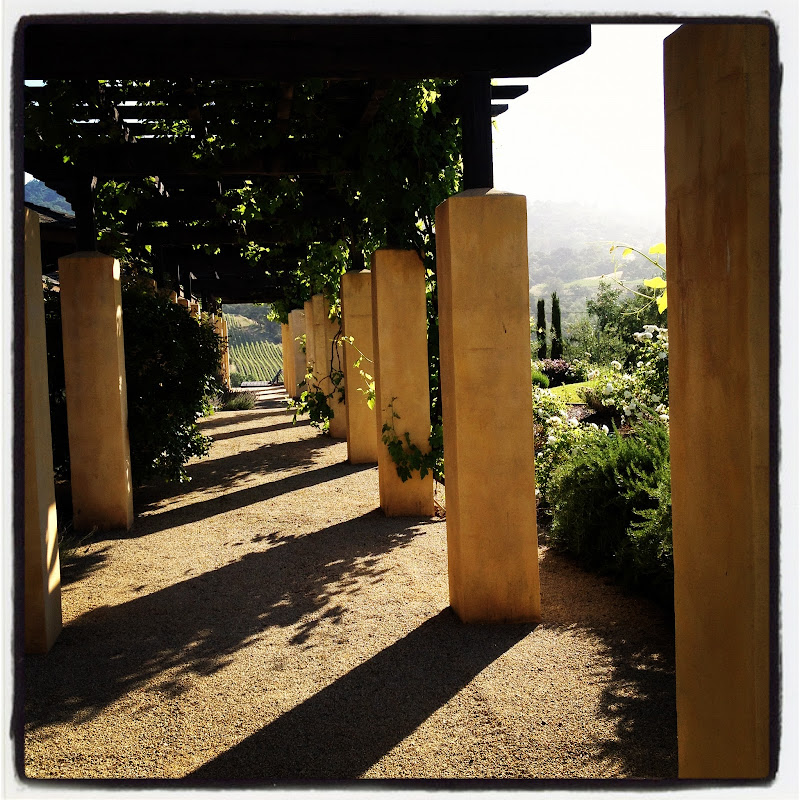 Posted by vignette design at 8:14 AM

Lovely. I love it when I get to visit 'Asti'. Ha ha. Only through your photos of course.
Does the mulberry tree cause you many problems? We use to have one that hung over from our neighbors side of the fence, and the mulberrys were terrible about staining everything.

I am so jealous!!! This is just a beautiful place, I can only imagine having a glass of Asti and overlooking this lovely vista. xx's

Your gardens look positively beautiful. I enjoyed seeing your house in Tuscan Style. I am working with Bonnie as well right now. I may have to contact you for advice!

oh you lucky lucky girl..this is so wonderful you must have to pinch yourself often!

How idyllic Delores! Have you heard of terra preta? Since I read about it I have been adding biochar to my garden and it makes a huge difference - it isn't fertiliser, it sequesters the fertiliser so the soil stays rich. Many hours of happy reading on Wikipedia! (or in the book 1491).

Such a beautiful place ~ a slice of heaven!

Absolutely beautiful...the snakes though I could not handle.

How nice to have your children there to help with all of the projects, I can imagine that you were worn out.

Have a great week, Elizabeth

I received my copy of Tuscan Style in the mail last week. Gorgeous!

How beautiful! I love your pillar planters! And what a treat it is to kick back, with a glass of wine of course, and read Tuscan Style! kim

What a beautiful place...Good job sprucing up! Love this place! Hugs

How wonderful to have some "planters" -- I can only imagine how tired you must be.

Such a beautiful place. You are a very lucky girl. Thanks for sharing.

Your homes are beautiful and the VIEWS are priceless. XO, Pinky

So, that is northern California? WHAT a view.
Swap out for the rattlesnake I guess? Take the good with the bad! :)

What a treat for us to see the beauty of Asti.. I love your gardners too.. wow! Looks like fun was had by all.. now tell about the rattlesnake! xo marlis

I love your part of the state and your particular place in it. So beautiful. I have family in San Rafael and base there for day trips to the wine country. Thank you for this post. Makes me want to head north next week. ~m

Hi D! It is so gorgeous there, so picturesque!! Sounds like you are going to have a wonderful kitchen garden, xo Kathysue

Asti looks heavenly. I am sure your son will make good use of all the vegetables and herbs in the garden. I see lots of delicious summer meals in your future.
Best...Victoria

What a magical place! Everything is postcard perfect. I adore all of your posts at Asti!

Your gardens are gorgeous! I love the style of your home. Great post!

Asti looks to be ideal retreat. You have beautiful homes, Delores.