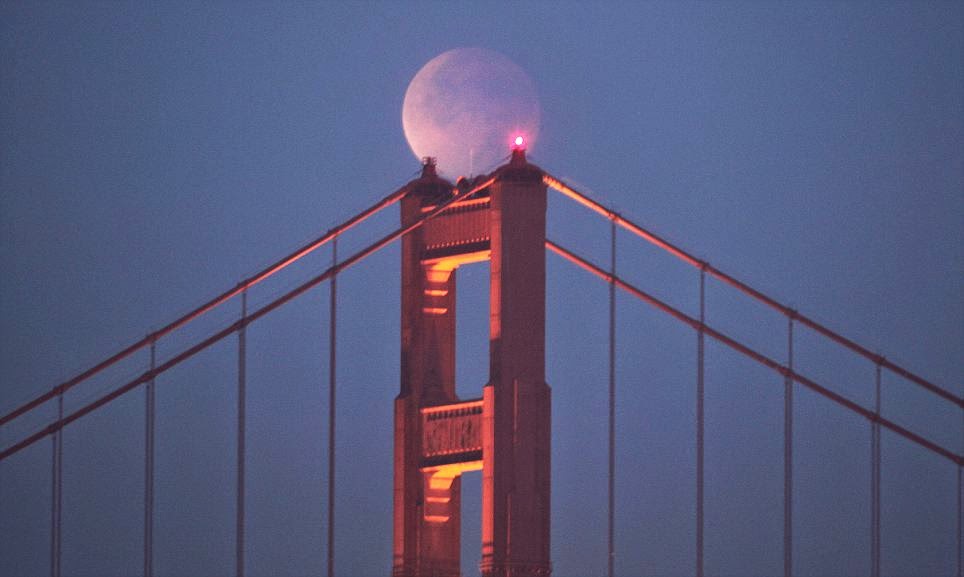 Set your clocks tonight for a rare view of the Blood Moon, also called a tetrad, a lunar eclipse when the earth passes in front of the moon and blocks the sun's light.
It's the first in a series of four lunar eclipses. 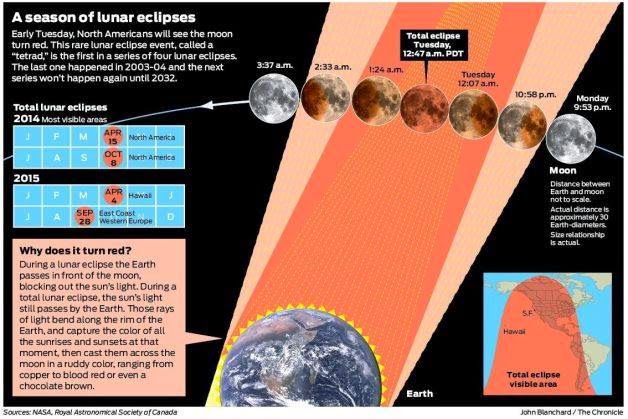 At 12:47 a.m. PDT the moon will be in total eclipse and will be seen as copper to blood red in color.
A reddish hue comes over the moon because of the way the Earth's atmosphere bends sunlight onto its surface. 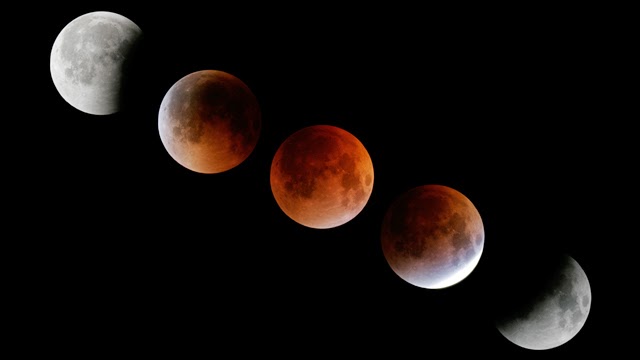 I'm so excited to see the Blood Moon tonight.
Now if only I can stay awake!
There's another Blood Moon October 8th, just in case you miss this one.

Posted by vignette design at 12:31 PM

Very interesting I have been hearing about this but did not know the actual date thanks for sharing.

Nice post, I bookmark your blog because I found very good information on your blog, Thanks for sharing more informationQuality Services & Training Pvt.Ltd.

Yay! I stayed awake for the whole thing! It was awesome!

Awe shoot…I missed it. The next one will be on my birthday!