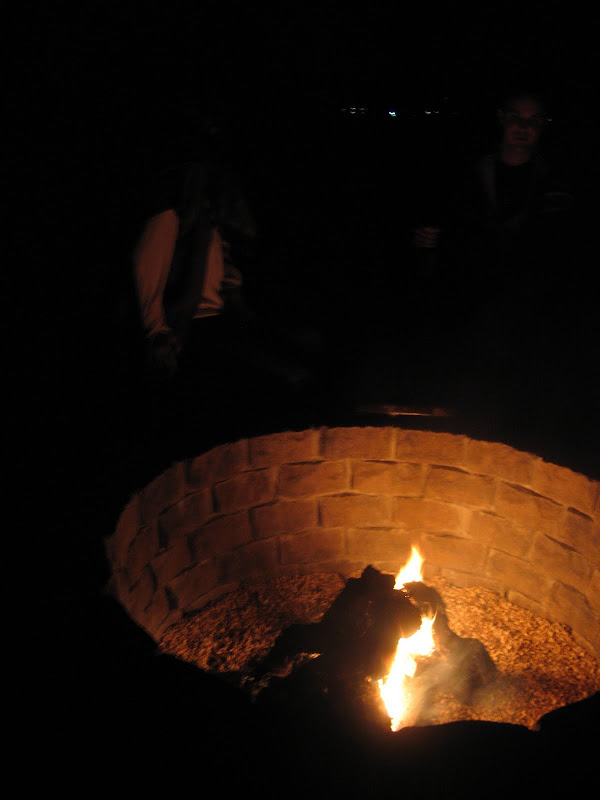 There is something primeval about sitting around a fire pit at night. If you are in to camping, it is probably one of the reasons you like it. In California, you can't build an outdoor fireplace that burns wood, but you can have a fire pit. Go figure.
We decided to build one up at our country house in Asti. At first my reason for adding a fire pit was to "break up" the expansive area that I was landscaping. The house had a raised mound septic field that we had to abandon. Originally covered in white gravel, I decided to scrape it off, add soil and plant olive trees around the perimeter, French lavender and Iceberg white roses and rosemary. Adding the fire pit in the middle gave the "mound" a purpose.
The pit was surrounded with a circle of crushed granite for seating and path of granite connected the whole thing to an existing path--the one with the grape arbor. Large rocks found on the property lined it and separated the area from the soil and plantings. Below, the construction in progress before the granite and stone fire pit. 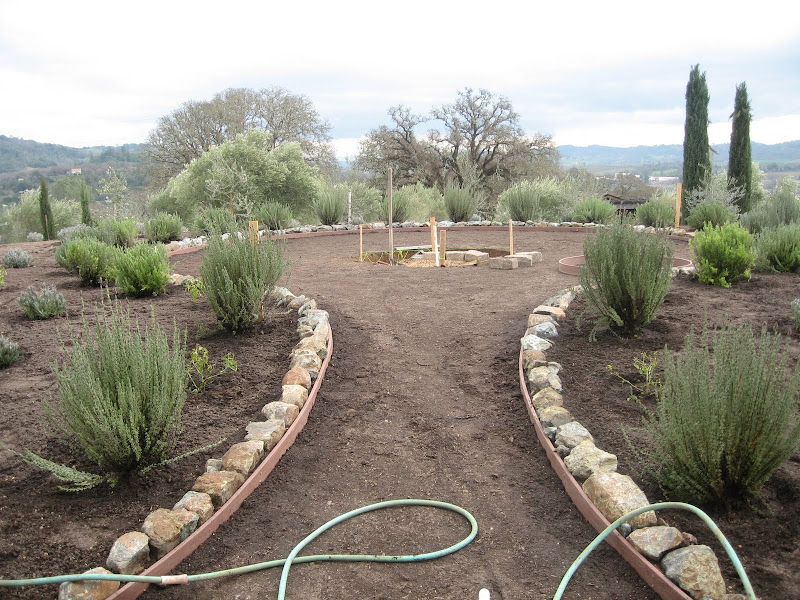 Looking up the path to the circle. 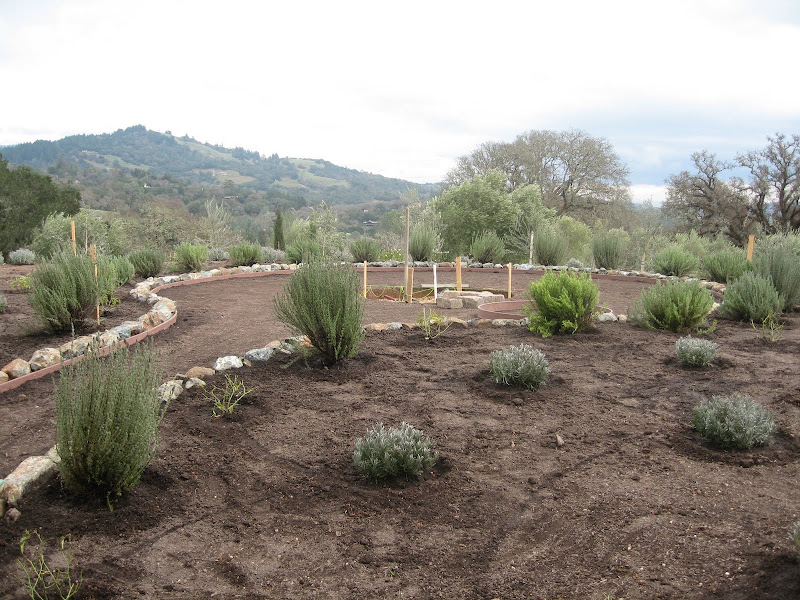 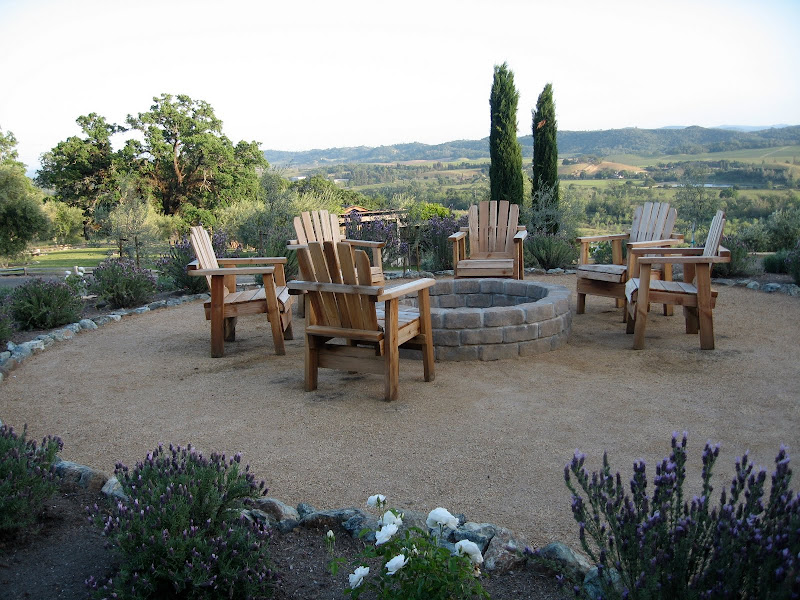 The final result. We found a woman in Sacramento who made these American fanback chairs out of redwood. They are perfect. 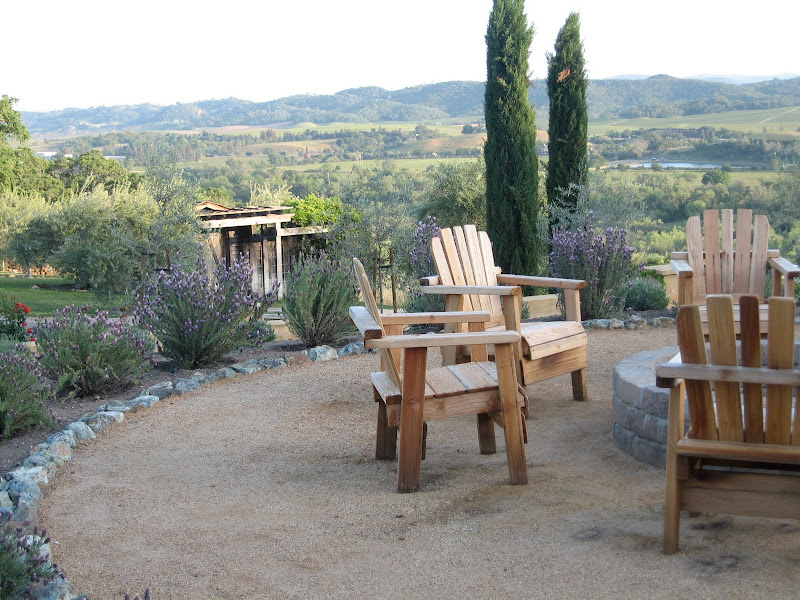 Sister-in-law Ann wanted a similar look and function for their backyard. After years of neglect and abuse from their two dogs, it was time to do something. I drew up a plan that would create a mini wine country retreat in their suburban backyard. So up came the grass--what was left of it. Down went large rock defining the borders and "rooms". They used a beautiful tan gravel surrounding their pit. Their existing grapes were added to to give the feel of a vineyard. There was also an existing flagstone patio. I suggested a tent for that area with dining table beneath and fanback chairs surrounding their fire pit. Brother-in-law George and his son Sam did all the work. Below, the work in progress and then the final result being enjoyed by family and friends. Now they use their backyard! Late night fires and wine--or s'mores! 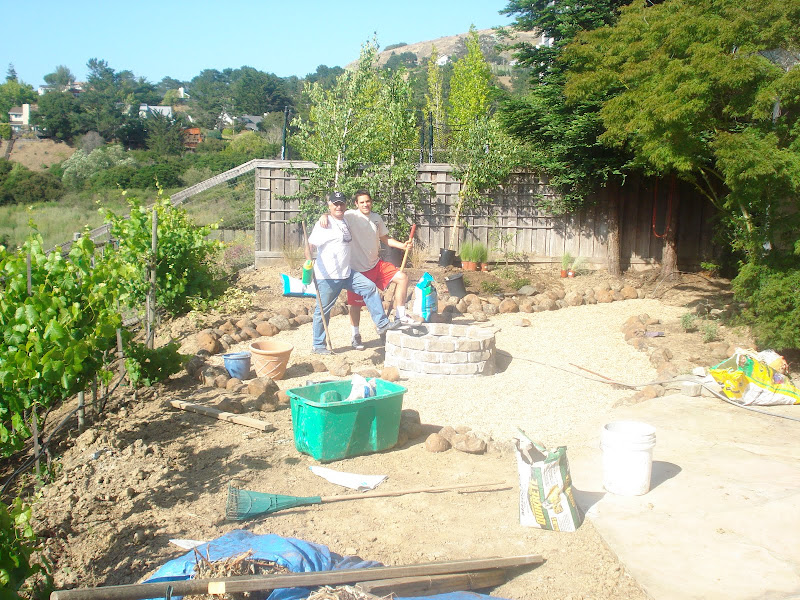 Construction crew: George and son Sam. Notice the vineyard to the left. A great way to landscape a sloping yard. 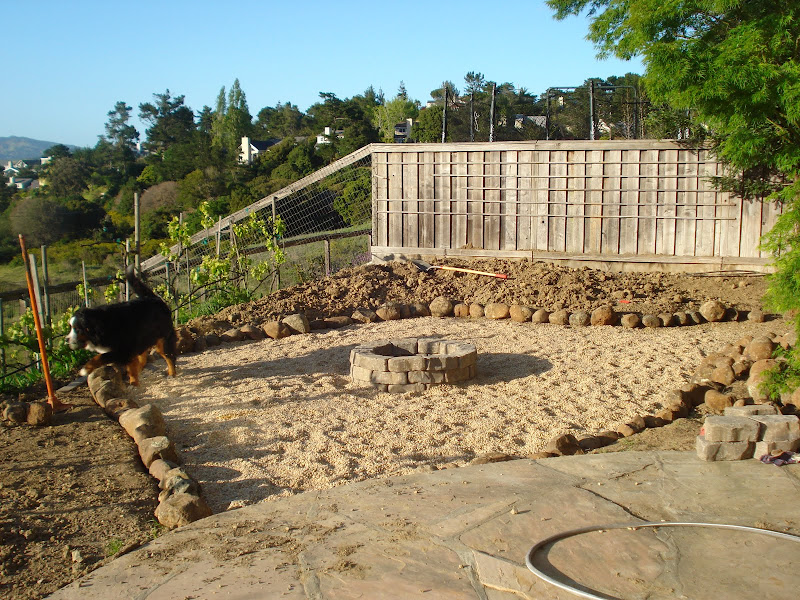 Hazel the dog "helps". She better not dig up any new plants--her specialty! 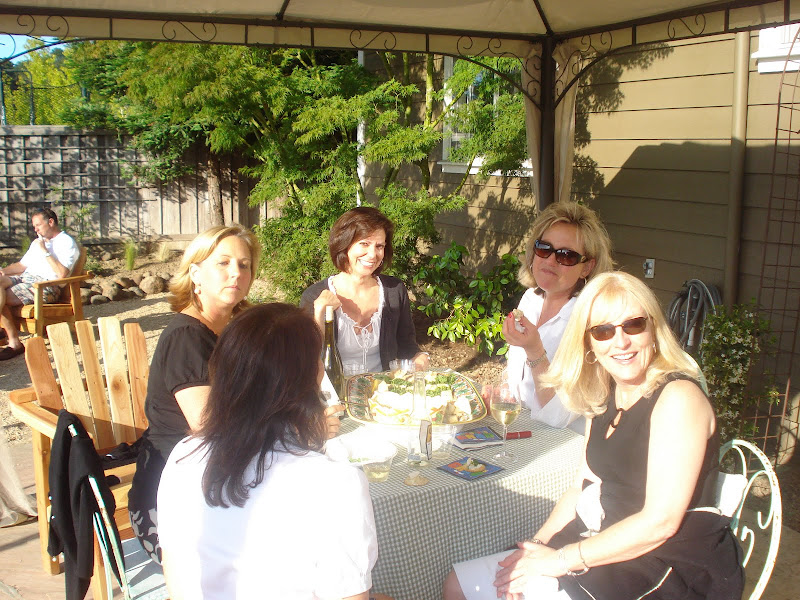 Under the new tent. 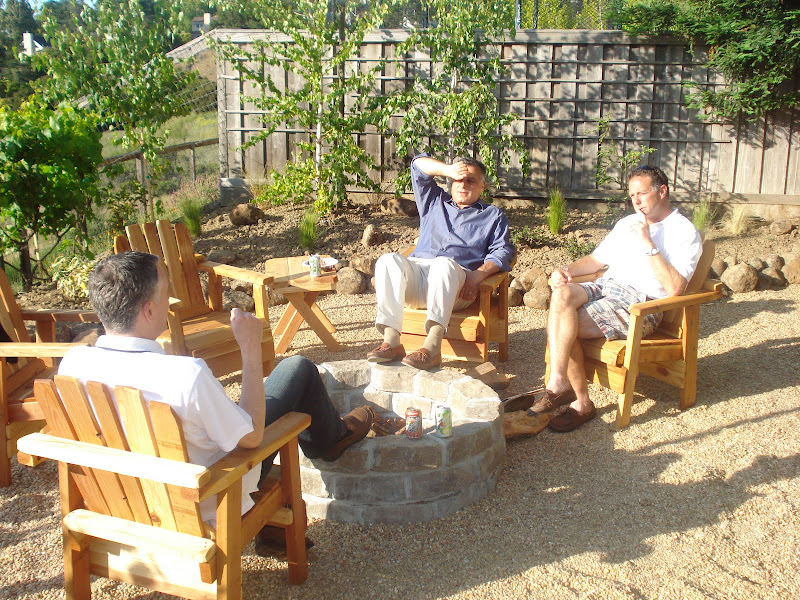 Posted by vignette design at 12:30 PM

Wow! What a beautiful beautiful home and view. Thanks for sharing. Welcome to the world of blogging. Warning - it it addictive. :-)

I just discovered your beautiful blog and home. Welcome to the world of blogging. Definetly a follower of yours now... Looking forward to more of your posts..hugs~lynne~

What a neat place to hang out. So peaceful. You did a geat job on both...Christine

We have a gas firepit. I love having s'mores. Your firepit area is fabulous!!! And so is the other one you shared. But yours is better.

Delores, with a view like that, who cares if you have a fire pit? I wouldn't think you could add to that view, but your fire pit area is such a gorgeous addition. If I were your sister-in-law, I would be asking for advice too! I bet they enjoy their yard so much more now. You are one talented lady. laurie

Great addition. Firepits are great even on warm nights just add candles. What a gorgeous view you have!