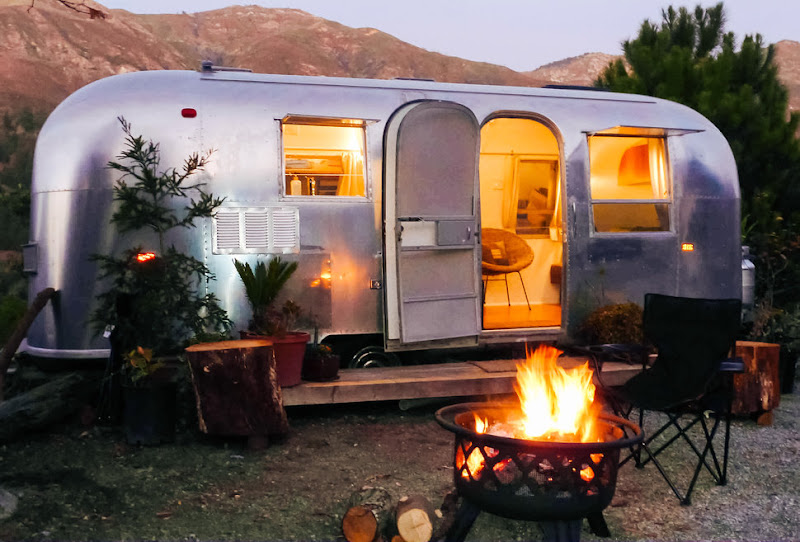 I once wrote a post about restoring vintage Airstreams.
It was number one on my "Design Bucket List," and although I haven't found one yet to restore, I'm constantly looking for one. 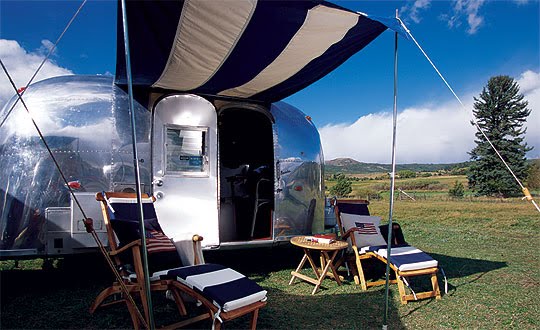 Mr. A and I dream about touring the country after retirement, pulling our Airstream behind us.
I've been seeing a lot more Airstreams on the road lately--people doing exactly what we dream of. 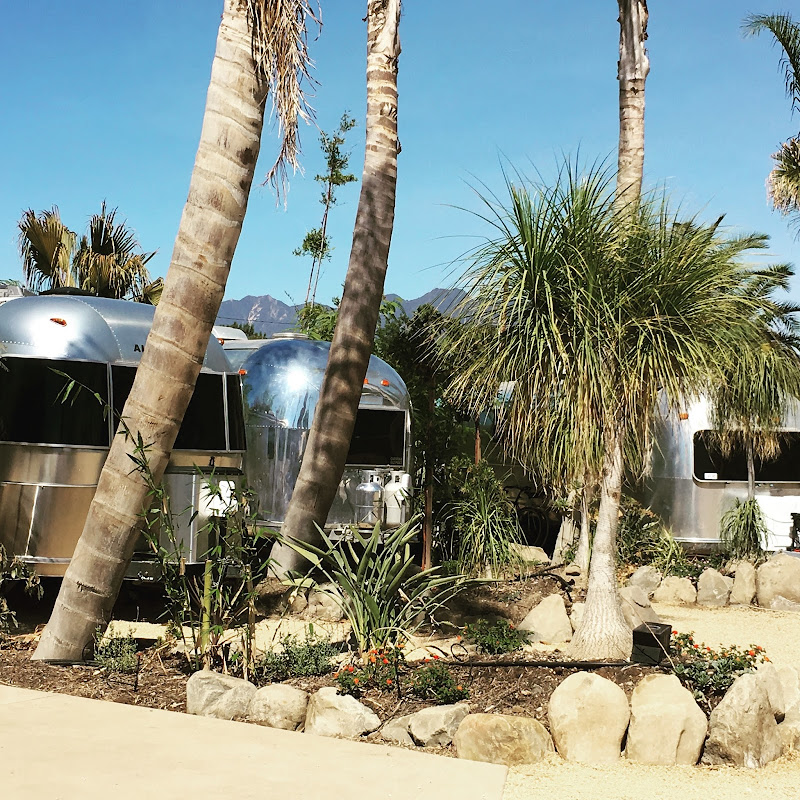 In the meantime, we could stay in one of the new and trendy Airstream hotels that have been cropping up everywhere.
We discovered Caravan Outpost last summer on a trip to Ojai. 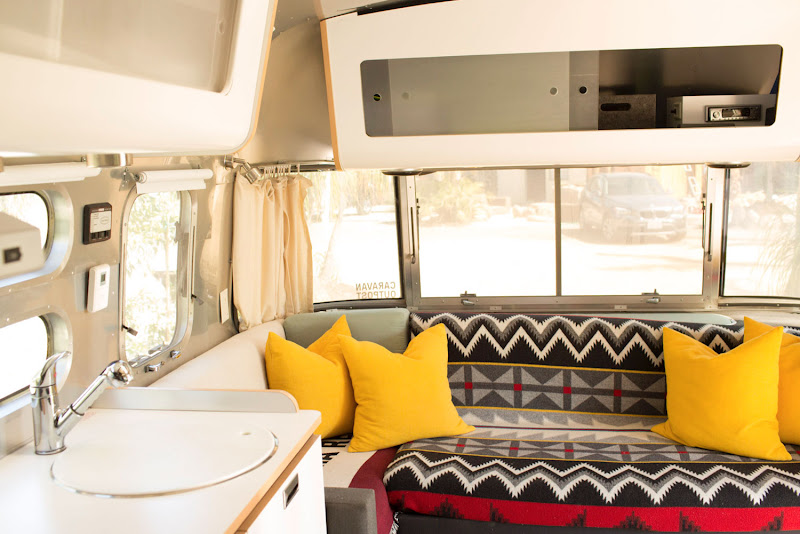 Caravan Outpost finds vintage Airstreams and restores them, giving each one its own look and feel.
So far, they have eleven trailers!
This one is called "Perla." 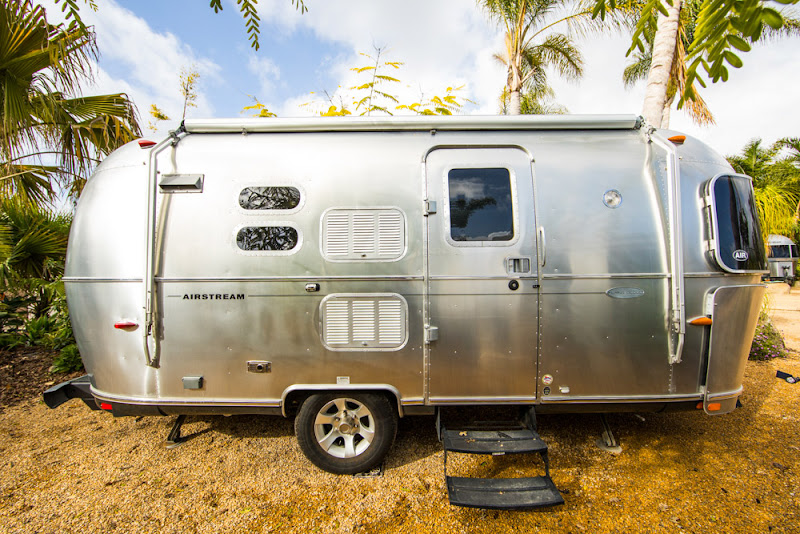 This one is called "Audrey." 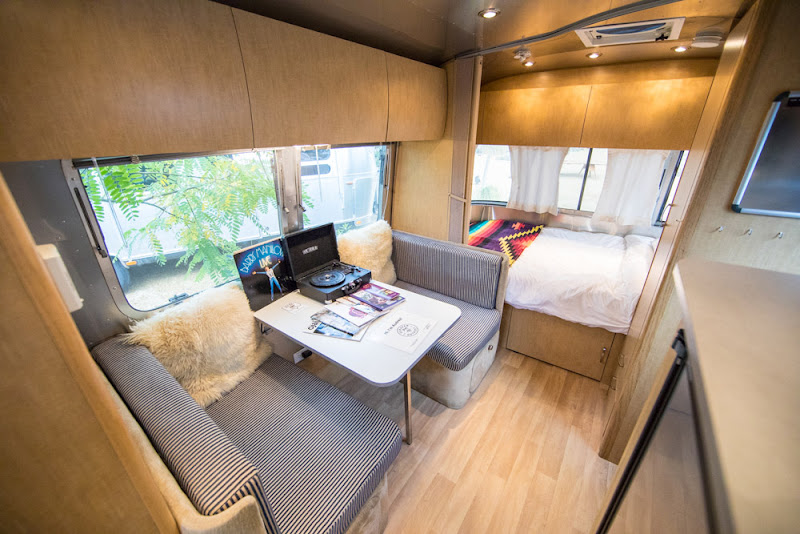 Isn't she cute inside?
I love the ticking upholstery mixed with the tribal blanket. 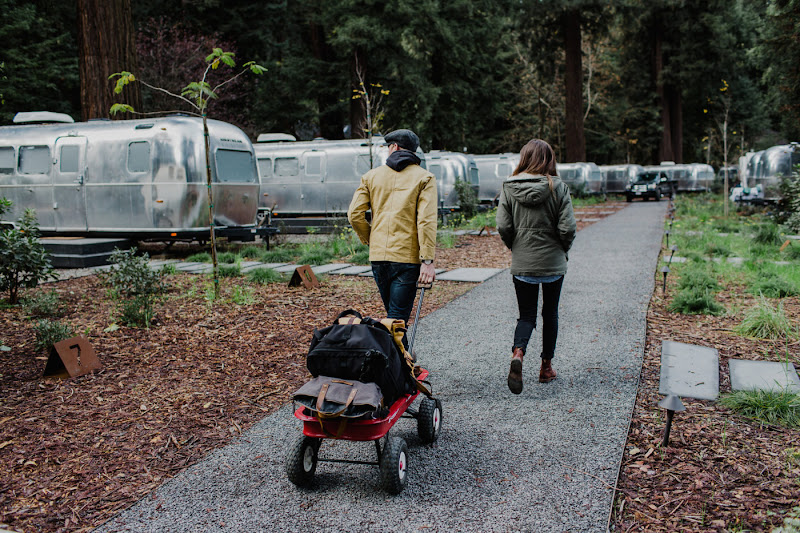 Another Airstream hotel, Autocamp is closer to home in Guerneville. 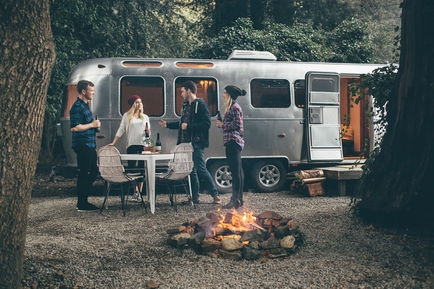 Autocamp is nestled amongst the redwoods and close the the Russian River, featuring all new, luxuriously decked out Airstreams. 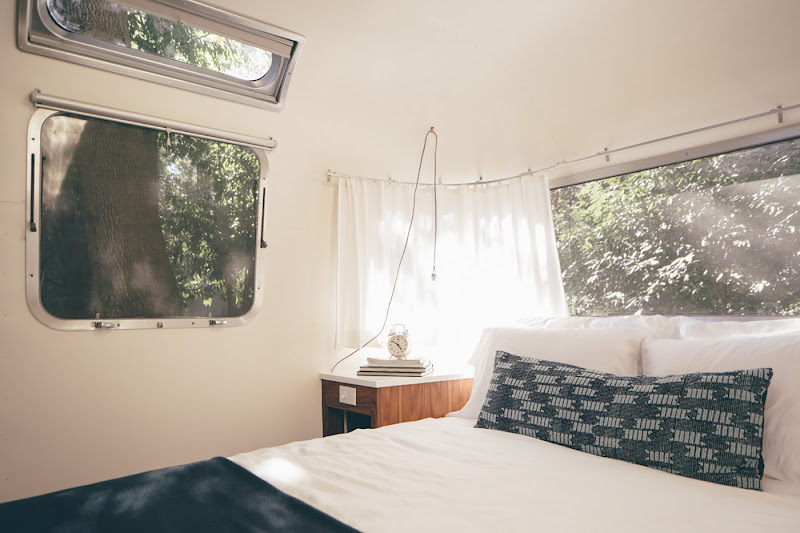 Imagine waking up here!
Can you tell I'm obsessed? 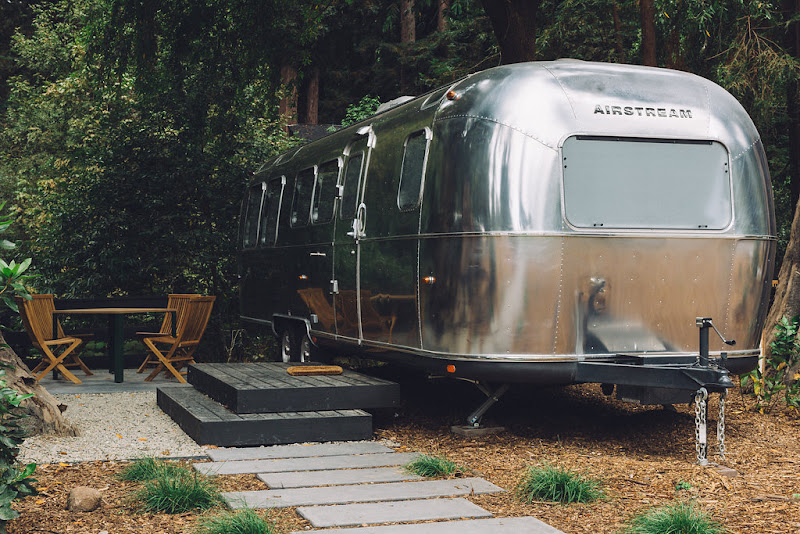 What is it about these iconic trailers that makes me all giddy?
Is it their sleek and shiny exterior? 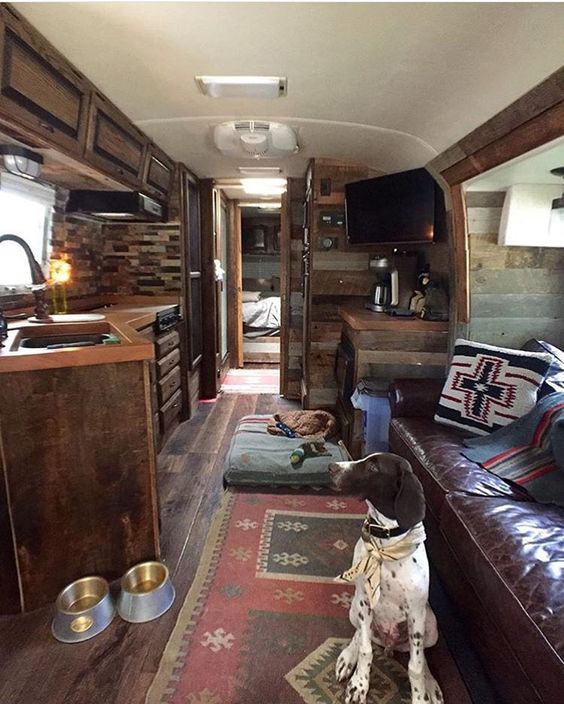 Or is it the possibility of what the interior could look like?
Be it Pinterest, Instagram or sites that feature Airstreams, I'm always looking for ideas for their interiors.
There is so much that you can do with them, but I'm particularly fond of a rustic interior like the one above. 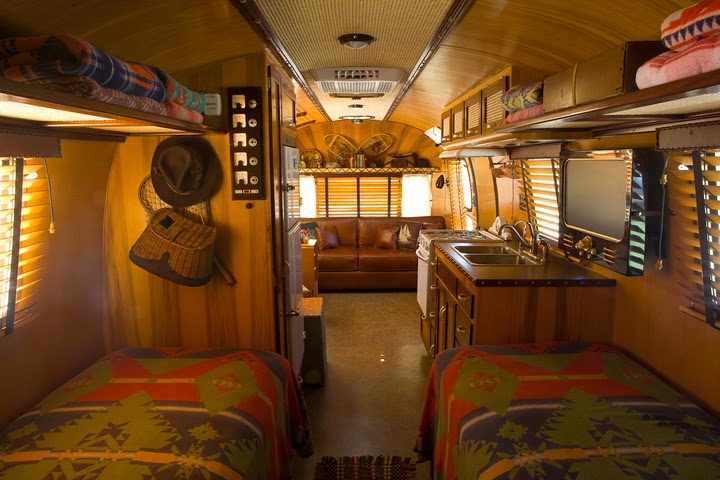 One of my favorites is this interior by Ralph Lauren. 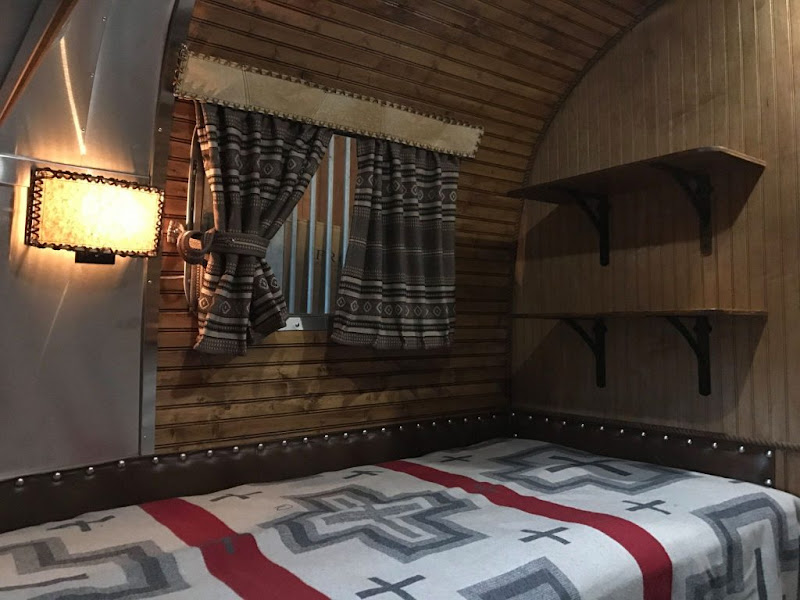 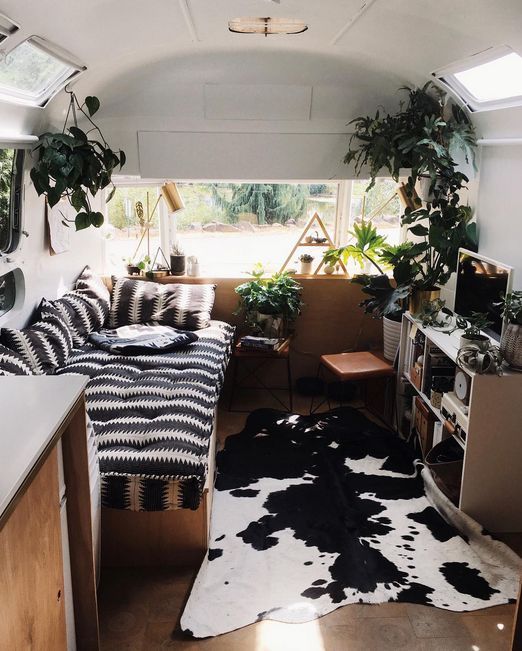 I follow Tin Can Homestead on Instagram--about a couple who restored an Airstream and live in it with their two dogs in Seattle.
Their style is rustic, yet clean and organized.
Notice how they took out the built ins and created their own floorplan. 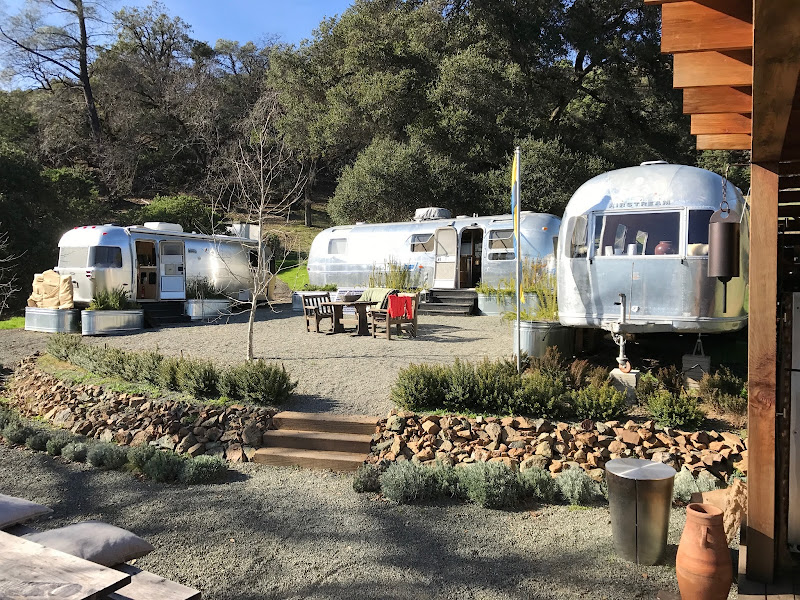 Recently, we met our new neighbors down the road and up on Pine Mountain in Cloverdale.
They have created a compound of vintage Airstreams for their personal retreat. 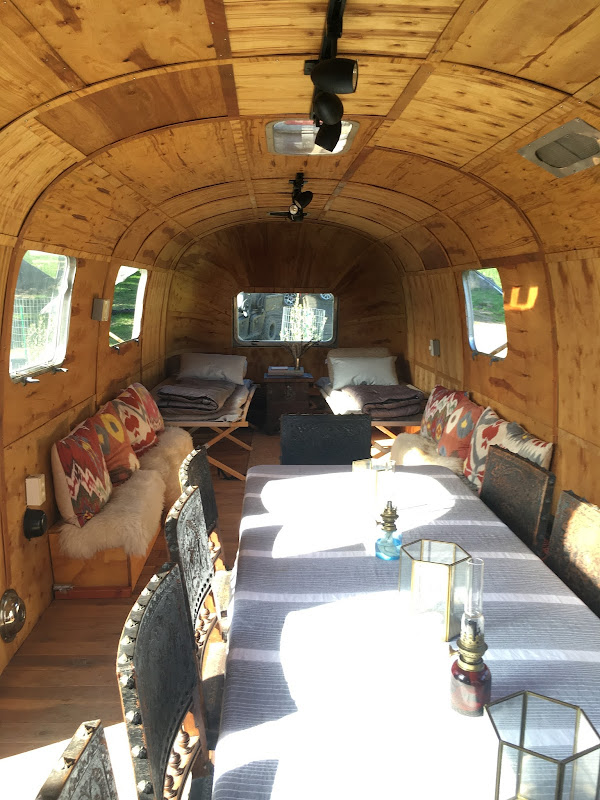 They found this one already gutted and paneled in pine.
They hauled it all the way from Seattle and parked it on their property to be used as the "dining car."
A couple of army cots take care of extra guests. 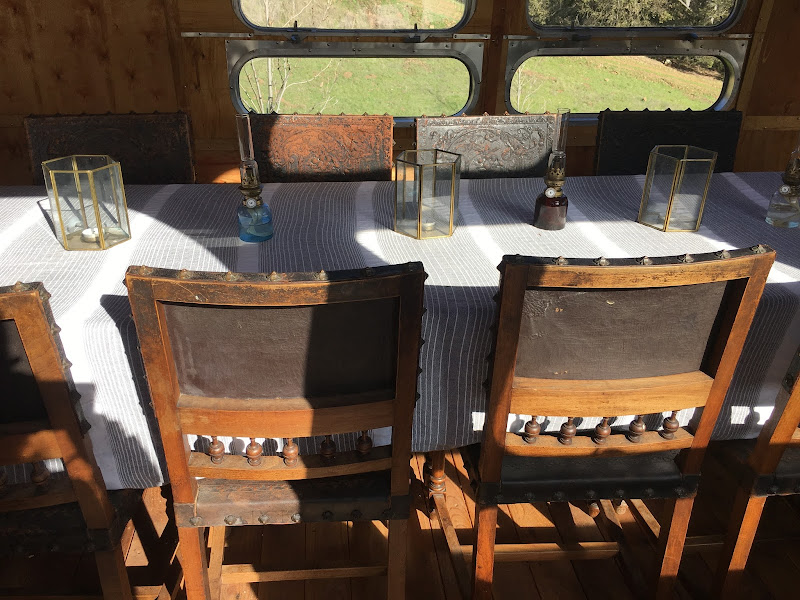 I was hyperventilating when I saw the inside with antique leather Swedish chairs. 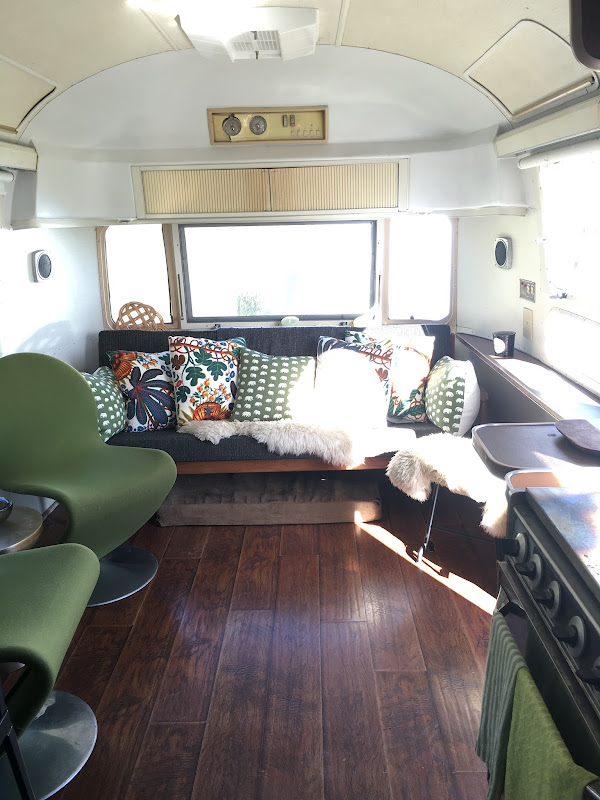 Their guest trailer is totally different inside and has a modern, contemporary vibe.

After visiting our neighbors, Mr. A and I were even more inspired.
He even suggested we create a similar caravan of Airstreams on our property for guests.
Not so fast I told him.  We haven't even found one yet, let alone gutted and remodeled it!
I know it will happen someday--down the road.
No pun intended! 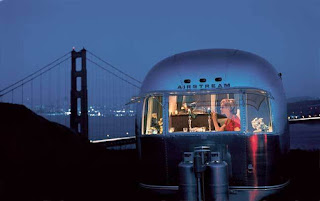 Posted by vignette design at 4:26 PM

Love the rustic Lauren ones too. But give me one of the new RV's with the bed in back and good gas mileage.

Neat! When searching for an Air B&B place to stay in Austin recently, there were also several AirStreams available for rent. None I saw were as cute as these you show here though! ~Miranda

This place is the view from my office window. Right up your alley!!

love this!!!! I have always wanted a trailer to tour around the country!!!!! But I've heard the generator is so noisey????