A Is For Succulents 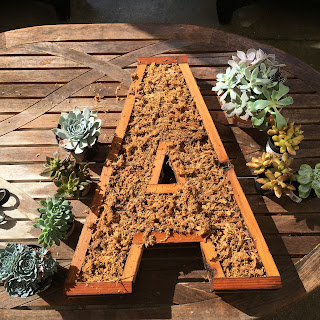 A few months ago, I visited the San Francisco urban nursery, Flora Grubb and purchased this form in hopes of creating a succulent "A" for the wall in our new atrium.
Yea, that was more than a few months ago actually.
In hindsight, I really should have planted the succulents then, as it takes several months for them to root in order to hang on a wall. 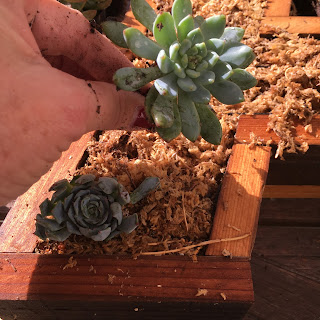 So, I'm a little late!
Let's get started...
The medium that holds the succulents is kind of a fiber that at first needs to be soaked. 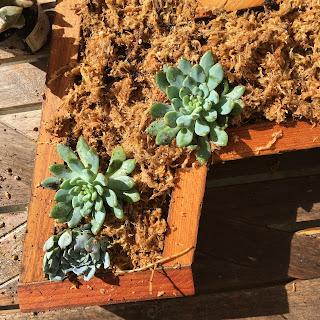 With tweezers, I made holes and inserted the succulents after their roots were trimmed. 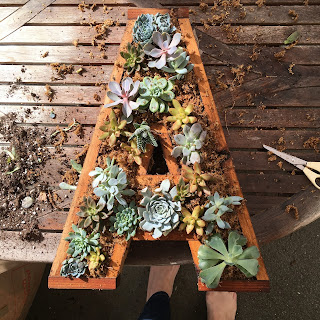 Here is the work in progress.
I tried to vary the succulents to keep the arrangement interesting. 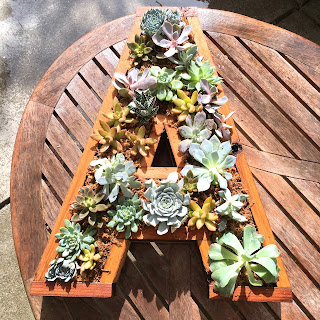 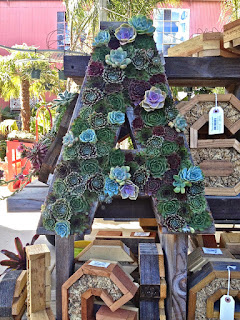 It's not quite as nice as this one which was professionally planted by the Flora Grubb crew, but I can fill in with small succulents later. 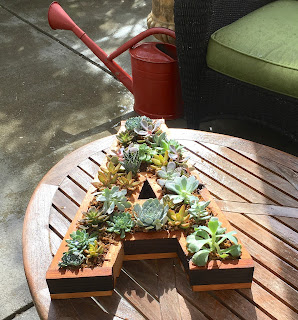 Hopefully, by the time we move in to the new house, the "A" will be ready to hang!

That will look very cool when it grows in. I guess it really has to root well before it can hang. I was thinking uh oh too late but then I remembered where you live. Won't take long at all.

It's gorgeous. I have two succulent wreaths that my daughter made for me, one is hanging on my patio brick wall and the other hanging on some iron fencing behind the Adirondack chairs. I love succulents and they will withstand our winter here in N FL. Love the idea of your initial, brilliant.

What a great idea! I need to think of doing one of these for our terrace, perhaps as a surprise for my husband who is a fan of succulents. '-)

I've never seen this before Delores! Love this!! Might have to try to find one her in So Cal.....

...a for ADORABLE...and ALWAYS AMAZING...blessings laney (and i do know how to capitalize)...

Amazing, they look so adorable and cool. Also they can be used as DIY Wedding Decor.
Thanks for Sharing.. :)