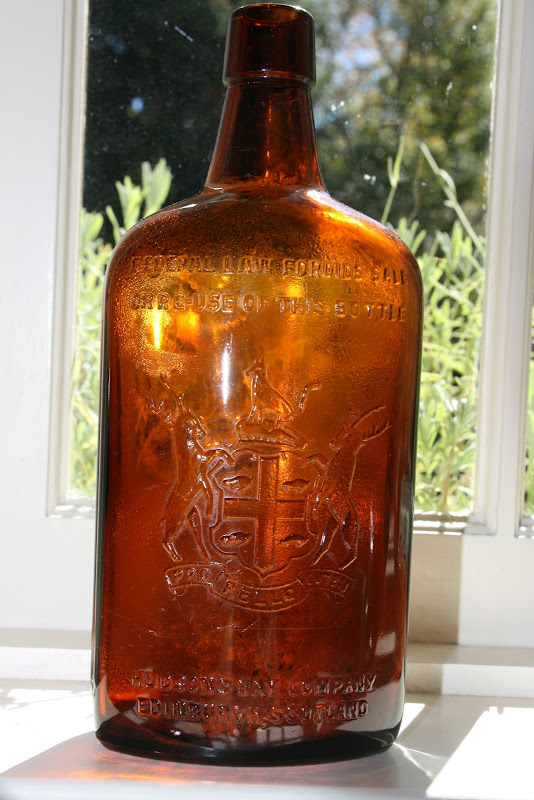 A few months ago, I bought my first vintage amber bottle.  As we were driving through a small northern California town, I yelled for Mr. A to pull over.  There on the side of the road were tons of vintage bottles.  I could have gone crazy, but bought just one bottle.  Amber with a fish on it!

My son-in-law remembered that bottle and gifted me with a few more that he found at Goodwill!
Now I have a collection! 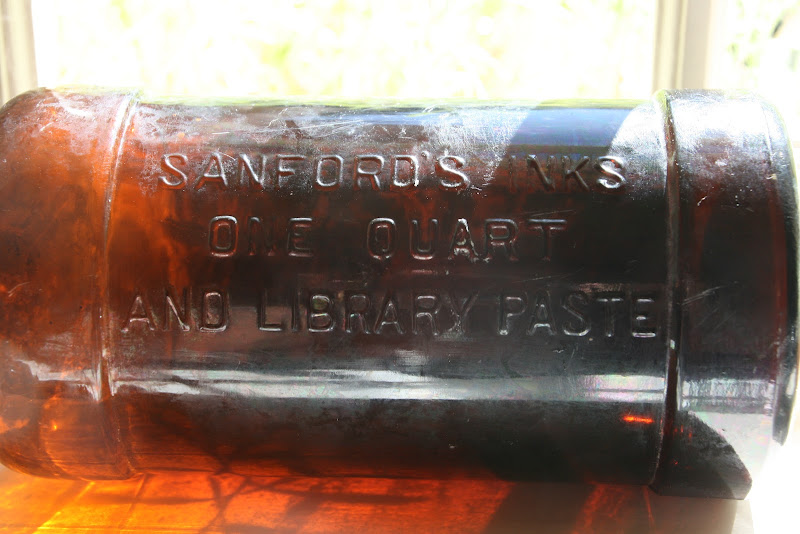 I just love how beautiful they look with the sun streaming through, casting an amber glow.
It only seemed logical that they should be displayed in a window. 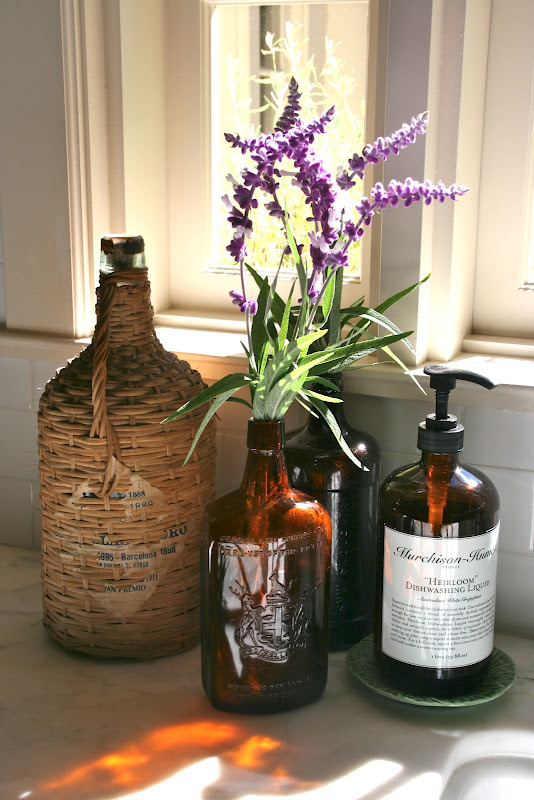 They compliment the soap dispenser at the kitchen sink which is also amber! 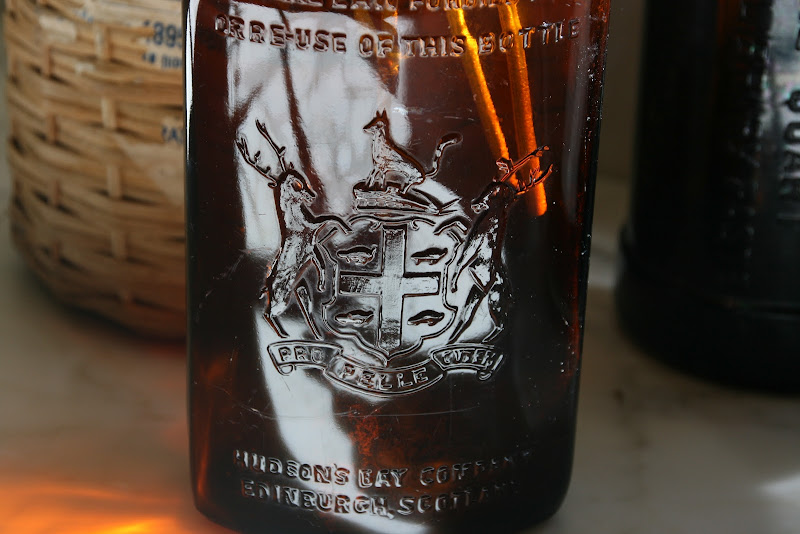 This one is by far my favorite.
It is from Edinburgh, Scotland and I love the crest of two deer and a dog.
Not sure what it contained originally, but it does state that it's against the law to reuse this bottle.
I'll just have to take my chances! 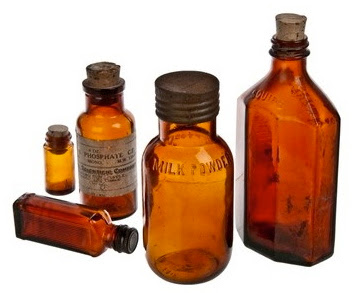 All of a sudden I'm seeing amber everywhere!
Recently, HauteLook featured these vintage bottles for sale on their website for $139 for the collection.

I never intended to start collecting amber glass, but have realized that I've always been drawn to the their color.  Originally produced as apothecary or pharmacy bottles, they would add interest in a bathroom holding lotions or even flowers.
For now though, my two new vintage bottles from my son-in-law are adding fall interest in the kitchen!

I'm joining Melissa at The Inspired Room.
Be sure to pay a visit for examples of "Fall around the house."

I love amber colored glass! The bottle with the crest on it is to die for!!!

Your bottles are so beautiful and I like your dish soap bottle.

Very pretty. You're right they look on a windowsill, they are meant to have the light filter through.

Hi D! What a perfect addition to your already beautiful kitchen. Love the color for your home!! Perfectly Fallish!
Come by my blog and see the new additions in my kitchen for Fall, I think it will give you a grin!!
xo Kathysue

I'm pretty sure that is an antique Hudson Bay Whiskey Bottle, likely from the early 30's or 40's.
Coloured glass like that is just not as vibrant anymore.

Oh, the amber colored bottles are my favorite and they definitely sell the best at my shop! Your collection is great and what a sweet son in law to get those for you! Loved seeing this post!

Delores, your new collection is charming. Wish I had known when I was at Round Top last week. In fact, I almost bought a group of amber bottles to use as vases on my table for fall. Wish I had followed my instinct. ;-)
~ Sarah

I think I should just follow you wherever you go because inevitably, I love everything that you do.

Delores, You've made me want another collection, but I can't! I just can't! I already have too many collections. The amber bottles sure are pretty though. laurie

Beautiful! I love how the amber glass looks when the sunlight is glowing through it.